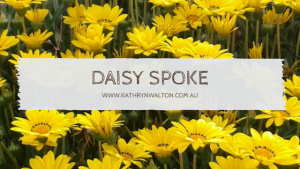 Does it come as any surprise to you that one of the most common fears people have is related to asking for help? Yet asking for help is exactly what can help us move forward, achieve success, overcome challenges and experience a sense of fulfillment.

What IS the best way to deal with fear so that it doesn’t become a stumbling block and limit your success in life?

In this article I share my tips on managing one of our most common, unspoken fears – asking for help.

Fear is an obstacle to asking for help

Over the past few years my community has been impacted massively by severe drought and bushfires. Before that there were floods. With government and community support flowing in, it’s been interesting to witness how few people asked for the help that was available to them. Yes, we could argue that some of it wasn’t the right sort of help, or not offered in ways that were inviting and accessible. But during confidential one-on-one conversations with farmers, business owners and residents, it was evident that a number of fears were pretty big obstacles to asking for help such as hand-outs from charities and support from health professionals. 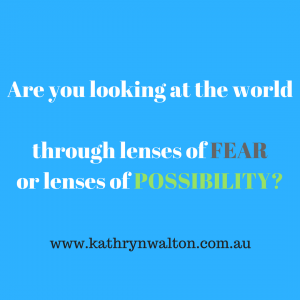 I like to describe fear as the voice in your head that tries to keep you safe. In the case of (not) asking for help, the voice of fear can bring up feelings of shame, lack of worth and pride. The voices of fear say things such as:

Fear is trying to keep you safe but it can overstep the mark!

It’s just as well you have an in-built system of staying safe because there are dangers in our world that you need to prepare for and protect yourself from. Fear gets you ready to fight off the danger, run away and hide from it, or freeze. Even when there is no logical risk of danger, fear will continue to search for the possibility of it … just in case. This includes physical as well as emotional danger.

In most situations, asking for help isn’t going to put you in physical danger especially when it comes to asking for help that’s been offered to you by organisations and governments to assist with natural disasters. However emotional safety is at risk. Asking for help means opening a part of yourself that you usually keep hidden away. You feel vulnerable asking for help because those voices of fear have been shouting loud and clear and before you know it, you believe every word they say – even if it’s not true! In an effort to keep you safe, fear can overstep its mark and keep you small and scared, floundering in the wilderness of independence and isolation. 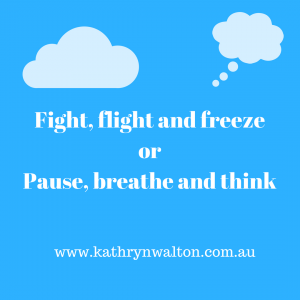 Put fear back in its place

Despite how tempting it might seem to completely do away with fear altogether, it’s an essential mechanism for survival. You can use the following strategies to keep fear in its place so that you don’t avoid asking for help when it could actually be, well, quite helpful to do so!

Listen to the voices of fear

It will seem strange at first, but no, it doesn’t mean you’re going crazy! What’s behind your voices of fear? Is is worry about what others think? Is it about people-pleasing? Is it shame and feelings of lack of worth? Guilt? A sense of failure? A desire for independence? Something else? When you get to know what’s behind your fear, you can respond to that instead of the fear itself.

Practise noticing when fear steps across the line of reason

Keep practising this noticing technique your whole life long. Simply noticing and remembering that fear is trying to keep you safe can settle those voices down a little bit.

For example, you can picture yourself in a car putting fear in the back seat, strapping it in with a harness, and taking charge of the steering wheel yourself. If you are avoiding asking for help because the voices of fear are jumping up and down and shouting at you that everyone will think you’re stupid, don’t allow them to take control of your every movement. Be in charge of your emotions rather than allowing them to be in charge of you.

Another metaphor is to imagine that your voices of fear have a volume dial. You have control over how loud you allow your voices to be. Dial them down when they are clearly being irrational and there’s no evidence for what they are saying. Allow the volume to be louder when the risk of danger is higher.

Worries like these hate the light of day and as soon as you bring them out into the open, they tend to reduce in size or go away altogether. Fears about asking for help can seem very worrying when we keep them to ourselves; they gain power in your silence. Talking about your fears can lead to practical solutions that make it easier to ask for help.

Asking for help is not a sign of weakness.

It uses inner courage and strength. Asking for help is a good thing. It’s how you find out information, learn and grow. It means you put the well-being of your loved ones above any fears or misgivings you harbour about asking for help.

When you are ready, willing and able to ask for help, you put yourself in a powerful position to move beyond the position you’re currently in – whether that’s financial stress, relationship difficulties, health problems or anything else. You position yourself to succeed and experience a sense of fulfillment by overcoming the challenges. Don’t let fear become the stumbling block that prevents you from asking for help. Use it as a stepping stone to success.

Discovering mountain biking as life’s ultimate parallel universe in her middle age, Kathryn Walton shares information and reflections in ‘Daisy Spoke’ that inform, inspire and empower women to a healthy and active lifestyle.